It is time to translate Friedman into the Bosnian language! 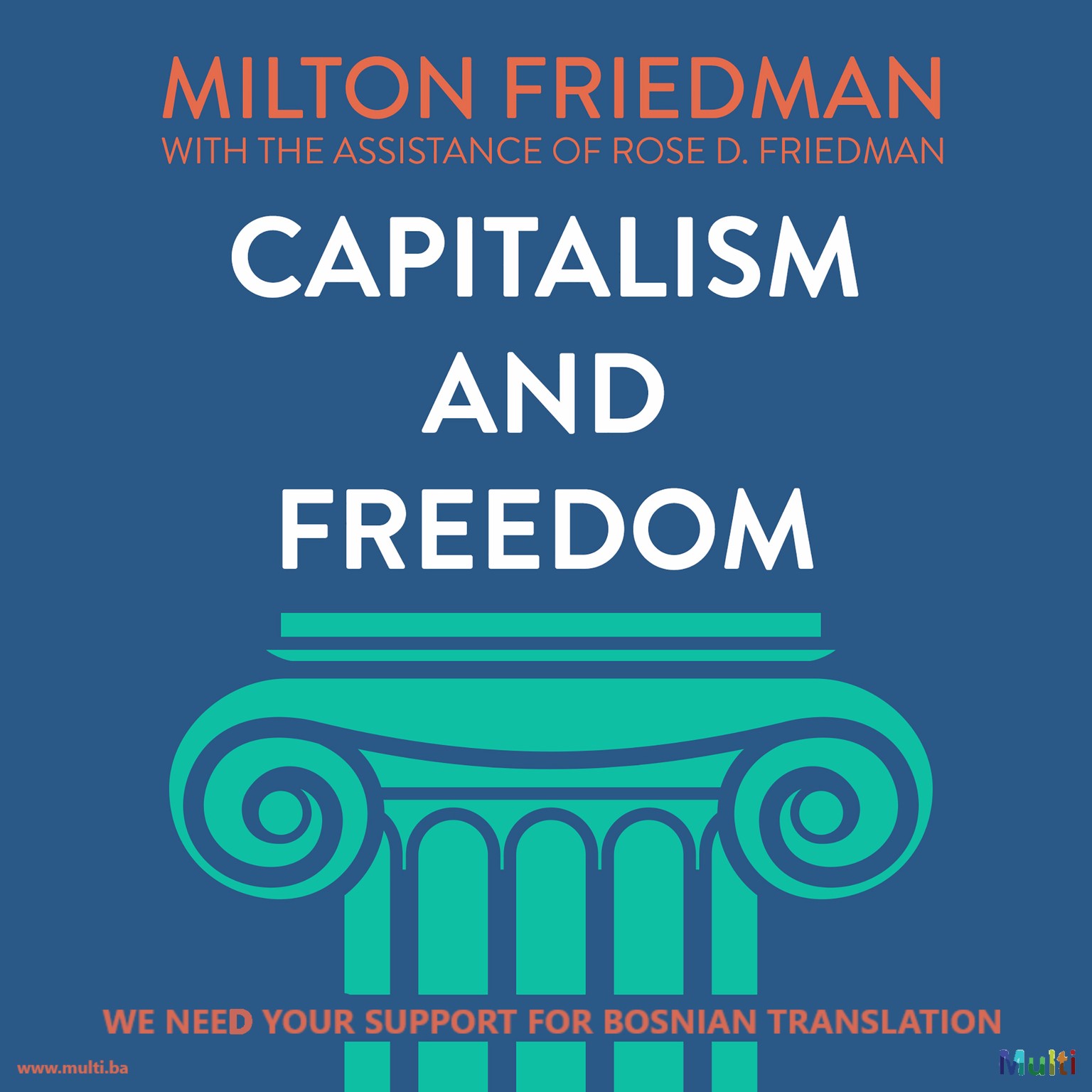 23 Jan 2018 It is time to translate Friedman into the Bosnian language!

Libertarian Association “Multi” is the pioneering and largest libertarian organization in Bosnia and Herzegovina. It was founded in 2011 and so far has implemented a number of successful projects aimed at promoting the ideas of liberty in Bosnia and Herzegovina, but also in the Western Balkans region. We highlight OPEN festival – the largest libertarian festival in Europe; local ESFL conferences; the documentary film “Economy”; “Catalaxy” seminars and numerous other projects. So far we’ve published several books – Islam and the Free Market (Čavalić & Smajić); The Economics of Freedom (Palmer); Introduction to Objectivism (Vrtarić) and The Essential HAYEK (Boudreaux). Now we want to issue our next book, which is “Capitalism and Freedom” by Milton Friedman.

Why do we want to translate it?

This is what we consider to be our capital project because so far “Capitalism and Freedom” has not been translated into Bosnian. For this very reason, libertarian culture has not developed enough, especially among the intellectuals. Namely, the intellectual elites lack the basis of reference to which they would build their models of social change. Without this, they turn to socialism and other types of interventionism, which in the long run makes the country poorer.

What are we going to do?

With $ 4,000 support, we will do the translation of the book “Capitalism and Freedom” into Bosnian. The book will be printed and published by our organization, and we will organize several promotions in the largest cities of Bosnia and Herzegovina. Most importantly, the book will be shared with universities, libraries, but also decision-makers, opinion leaders, and the like. Book will not be commercially sold, so all the copies will be delivered for free (yes we know that there is no free lunch, but we need to make compromises). It is important to note that we will give special attention to who receives the book (we prefer people from academia, entrepreneurs, politicians, youtube stars, people from media, and other celebrities).

Is it worth it?

All in all, every dollar will be spent on the book itself and on our mission of spreading the ideas of liberty in Bosnia and Herzegovina. We are well-known as an organization that is achieving excellent cost-benefit when it comes to promoting the ideas of liberty (best known by our partners such as Students For Liberty, Atlas Network, Friedrich von Naumman Foundation and others). That is why we are looking for your support. If you have any questions regarding our cause, please let us know.